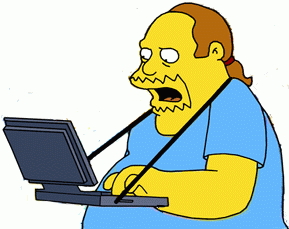 A recent article on Business Insider provided by some company called Smartling suggests crowdsourcing the translation of your website.

I particularly like that the page title reads “An Easy Way for Businesses to Get People To Translate Their Websites For Free.” As even their own infographic indicates, crowdsourcing involves significantly more work (and subsequently money) than just hiring a professional.

Trust the translation of your website to random strangers on the internet and spend more money and effort in the process?

As Comic Book Guy would say, worst idea ever.

First, you’ll need to hire people just to create that crowdsourcing infrastructure. Presumably, Smartling would recommend itself for this job. You then need people, either internally or provided by a company that believes you should trust your company’s website to strangers on the internet, to monitor submissions, control quality, and provide technical support. Smartling itself also recommends hiring or establishing a team of reviewers, involving professional translators, and creating style guides and glossaries. In other words, a significant amount of time and effort to utilize the work of the average Joe Schmoe on the internet, who may get tired or bored in the middle of the project, who has little interest or incentive in reading all those style guides you created, who bears no responsibility for what they are providing regardless of whether it’s trash (most likely) or treasure. All so that you end up with a website that looks like it was translated by a first year language student (because it was) and users who are disgruntled either because their translation wasn’t used, they’re not getting paid for all the effort they put in, or the translations are terrible (which, again, they will be). For example, everybody (who isn’t using the English language interface) complains about Facebook’s crowd-translated interfaces.

And let’s not put the cart before the horse. Unless you’re a gigantic, Facebook-sized social website, it’s unlikely you have the community of users needed to even attempt to implement this flawed idea.

Compare this to hiring a translator. You give the translator your documents. The translator translates them, doing all the research necessary in a professional manner and re-writing your copy to the best of their ability to make sure your website’s as beautiful in another language as it is in the original (if not more so), because that’s how a translator gets paid and that’s how any translator worth their salt takes pride in their work. The only effort on your part will be answering a few questions from the translator, putting the files they provide you on the internet, and, of course, paying said translator.

One other supposed disadvantage of professional translators, Smartling argues, goes as follows:

Twitter uses the word “unfollow” to label the button that stops following another account. If you ask an LSP to translate this they will likely return a phrase such as “Nicht mehr folgen” in German. If you ask a translator (or linguist) directly they will probably point out that “unfollow” isn’t a word. Twitter’s language is very informal in English and community translation has helped us keep that playful tone in every language (even the ungrammatical “Entfolgen” in German).

In other words, translators are apparently robots. “Error! Error! Ungrammatical phrase! That does not compute!” What makes random internet users any more likely to come up “Entfolgen” than a professional writer/translator? In reality, the reverse of the above situation is more likely. While your average bilingual on the internet may be able to understand and express themselves in two languages, a professional translator makes their living both through language and writing. A professional translator plumbs the very depths of their native and working languages, keeps up to date on the latest trends in the fields they work in, and hones their writing skills so they can provide the best possible product to their customers. The average bilingual person is far more likely to translate something literally, while a proper professional translator will reflect on the cultural background to the piece their working on, the intended audience, and how best to express the piece in the target language.

Pay for professionalism or pay (however you want to take that) for amateurism – the choice is yours.